(Note: You can take advantage of a free subscription of the digital version of Elektroniktidningen. Sign up here etn.se/pren)

New massive low-altitude (LEO) satellite networks are currently creating internet coverage where it previously did not exist. By using the mobile network as an uplink, it could be possible to reach billions more.

A third of the world’s population has never used the internet, as broadband can be expensive or not even available, particularly in sparsely populated areas. The most expensive is in areas that have no terrestrial network – thus satellite connectivity is the only solution.

Promisingly, satellite infrastructure is currently expanding significantly. Today there are several thousand satellites in orbit. Within five years, the number could be 100,000. 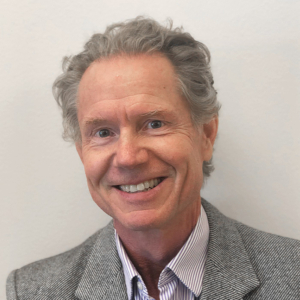 Elon Musk with Starlink and Jeff Bezos with Kuiper are two initiatives using LEO satellites (Low Earth Orbit). The cost of the LEO satellites – both in design and manufacturing as well as launch and operation – has been reduced significantly compared to traditional GEO satellites.

The challenge surrounding LEO technology is that the ground terminal is expensive to produce. The most expensive element is the transmitting equipment. LEO satellites pass from horizon to horizon in 5-10 minutes. The terminal must follow the satellite path carefully during reception and transmission. Controllable antennas require precise calibration to be able to control the antenna lobe towards the LEO satellite when transmitting. It is much easier and cheaper to follow a LEO satellite for reception than for transmission.

The solution to global connectivity challenges may lay in the fact that 97 percent of the world’s population today has mobile coverage, from 2G and up. One way to reduce the cost of LEO operation may be to transition to a hybrid model; by not signaling up to moving satellites from users, the terminals can be significantly simplified. Terminals using a terrestrial uplink could more quickly reach “the other 3 billion” underserved or unconnected around the world.

At Forsway, today we already collaborate with companies in a dozen countries to realize the possibilities of hybrid connectivity. We use an advanced variant of a hybrid solution originating from Nokia and the early 2000s. This unique technology  “boosts” weak ADSL and mobile networks using GEO satellites.

LEO companies such as Starlink and Kuiper may have the capability to connect millions of customers with their current systems, however, both hardware and operating costs mean that they will only take the part of the market that has the highest threshold to pay. For the crisis in Ukraine, Elon Musk has given away Starlink terminals for free, but the normal market price is $500 plus $100 a month for a subscription.

At Forsway, we see that the hybrid solution for providing connectivity to the masses is the most cost-effective solution. Hybrid connectivity will be the solution used by most satellite broadband customers in the future, especially in developing countries where the cost of broadband must be kept at reasonable levels. We also believe that the hybrid solution is positive for the many who still do not have reliable broadband in Sweden.

Perhaps PTS, regional authorities or Telia may be interested in applications for the Swedish broadband infrastructure? Perhaps Sida, Vinnova or the Swedish Agency for Economic and Regional Growth can find international applications linked to aid or other collaborations?

We forecast that the LEO companies, once having established the first-generation LEO systems, will also tap the hybrid track. It is by far the cheapest and fastest way to give customers who lack internet a connection of 10-30 Mbps.