Cloud-native infrastructure as an innovation enabler for the satellite industry

The time is well overdue for the satellite industry to strengthen its innovation focus. Embracing a cloud-native and infrastructure-as-a-service mindset is an important first step, says Edvin Lindqvist, CTO of Forsway. 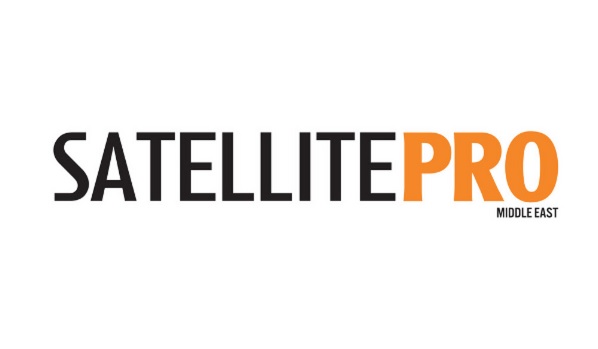 The cloud is often seen as the driving force for innovation in tech environments. It’s easy to see why this makes sense. If you don’t need to care about acquiring and operating computing and network infrastructure it’s much easier to stay focused on the main target – your innovation.

To enable a faster pace of innovation, the satellite industry needs to move away from shipping rack- mounted devices to delivering software. For this to happen, satellite teleport operators need to deploy a cloud infrastructure where modern, quickly evolving software-based services can run, and delivering short turnaround times for upgrades. All time spent on reinventing the wheel in form of developing infrastructure management can then instead be spent on the value-adding, future-oriented services the industry needs to thrive and grow. A cloudification of the infrastructure could be followed by including the advances in software defined radio (SDR). The combination of cloud and SDR would bring an extremely flexible teleport infrastructure that could enable gigantic innovation leaps.

Addressing the threat Amazon services present to the satellite industry

As with most opportunities, there is also a closely related threat. The release of Amazon’s Ground Station service should be a clear wakeup call for the industry. Amazon Ground Station allows companies working with earth observation analysis to download data from satellites straight into Amazon Web Services – where they can use the powerful Amazon analytics and AI tool. If the satellite industry fails to follow the cloud trend, they may soon end up solely as suppliers of bent space-pipes for the video/satcom portion of the industry and space data generators for segment of the industry working with earth observation. The value-added services offered today will be completely engulfed by the tech and cloud players.
Development of NFV and Kubernetes

In telecom there was early insight that cloud services could enable innovation and help make operations leaner. This insight resulted in the development of network function virtualization (NFV), where the old rack mounted firewalls, routers, etc. of the past are delivered as virtualized network functions (VNF) that can be spun up in an operator cloud in just minutes instead of waiting for weeks for new hardware shipments. As the telecom world (out of necessity) is well regulated, ETSI defined a massive set of specifications to enable quick deployments and good interoperability.

Unfortunately, the complexity of the NFV standards has made parts of the standard impossible to implement across the industry. An example is the orchestration and management layer of NFV that on paper appears very useful for quickly enabling new services. It’s so complex that even though the specification was first released in 2014, there is still no fully finalized generic orchestrator software. The industry’s most spoken about orchestrator software, ONAP, requires nearly a full rack of servers just to be started – and it’s not ready yet.

Over the last year in the tech industry, there has been a large uptake in using container technology application deployment. Containers are lightweight, fully contained application packages with strong runtime isolation. Docker made using containers simple by creating a format to package applications in containers. The real uptake came when Kubernetes was released (commonly called k8s, Kubernetes is an open-source container-orchestration system).

Kubernetes release and the introduction of Cloud-Native Services

Kubernetes assembles all the best practices; from how Google operates their planet to scaling datacenters into a single, lightweight and easy to operate platform for running containerized applications as robust and scalable services. Kubernetes has now become the de facto standard for running containerized services in cloud environments and is the core of what is called cloud-native services. Many large mobile operators believe Kubernetes helps reduce the shortcomings of NFV, embracing Kubernetes practices and have started transforming their infrastructure.

At Forsway, we are currently transforming our solution for hybrid satellite/terrestrial broadband connectivity into a cloud-native solution in a project funded by ESA (European Space Agency). One of the key drivers behind the decision to go “cloud-native” is to minimize the time we spend on infrastructure development and enable more time on product development. Forsway also anticipates making new deployments faster with simplified operation and reduced time to deploy new features. During an initial period, we anticipate either supplying our own servers using small private Kubernetes clouds or running the services partially in a public cloud. We aim to celebrate a big win for the industry when we make the first deployment in a satellite operator’s own cloud infrastructure. Our hope and aim are that our cloud transformation can inspire other industry players, both partners and competitors, to embrace the cloud-native movement.

Edvin Lindqvist is CTO at Forsway.